The Fenris Rangers are an organisation operating on both sides of the old Romulan Neutral Zone. Independent of any government, they call themselves peacekeepers seeking to protect the populace from the chaos of the region.

The evacuation of Romulan citizens from the impending supernova in their home system triggered the collapse of the Neutral Zone. By 2385, the region remained formally independent but was now home to millions of displaced refugees, not to mention traders, raiders, and optimistic colonists. With neither the Romulans nor the Federation holding jurisdiction or having the resources to police the area, it soon fell to chaos.

The Fenris Rangers were formed on the planet Fenris to combat this chaos. Originally they focused on their own world and systems but soon grew a network of operators acting across the Neutral Zone and in adjacent regions of Federation and Romulan territory. As they expanded they became less centralised, independent operators acting under the name of the Rangers and making use of their resources as they saw fit.

In the 2390s, chaos and lawlessness in the region grew to the extent the Rangers no longer had the resources to effect change. They withdrew their activities from these areas, such as the Qiris Sector, removing what little protection the inhabitants had left.

The Fenris Rangers operate without a formal hierarchy. Groups and individuals run their own operations, deciding on their own missions, and conducting their own recruitment. They make use of shared resources, such as the money they keep on worlds such as Freecloud, and the corsair ships whose design suit their needs.

The Rangers are pledged to defend the weak and vulnerable from the predations of the strong and unscrupulous. Some roam the territories of the old Neutral Zone, responding to crises as they see them. Others informally claim a sector or system and act as more permanent peacekeepers. These tend to be respected by visiting Rangers as the authorities in their areas, but the loose hierarchy means the Rangers are also mindful of policing their own. 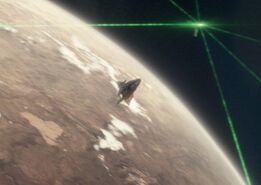 Small craft are preferred by the Fenris Rangers

While the Rangers are perceived as fighters chasing off preying pirates, this is not all they are. Many support vulnerable communities in other ways, offering technical skills or talents as traders to ensure settlements have functioning equipment and necessary supplies.

But when it does come to fighting pirates and warlords, the Rangers recognise there is almost never a criminal justice system to which these people may be surrendered. As such, while the Rangers do not revel in violence, they recognise the reality of the lawless regions means that the myriad dangers to locals must often be simply killed.

The Fenris Rangers are determinedly independent from any faction. As they have no formal jurisdiction to operate in the Federation or Romulan territory on either side of the Neutral Zone, they have often fallen foul of authorities in these regions. 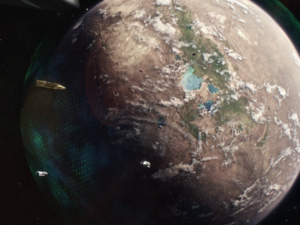 As Starfleet influence on the border remains limited, how free the Rangers are to operate is often the judgement of the commanding officer at the incident. Some view them as unaccountable and little better than pirates, driving them off or seeking to arrest them if they have broken laws. Others, struggling with the limited Federation resources in the region, may quietly or more openly welcome aid and offer cooperation. This unpredictable dynamic makes the Rangers wary of Starfleet and the Federation, and they tend to cooperate only when necessary. They routinely do not trust Starfleet or the Federation to keep their word, knowing even the most honourable officer may be overruled by a superior, and so prefer to right wrongs themselves.

Both the Romulan Free State and the Romulan Star Empire are less tolerant of the Rangers, seeing them as interlopers in their territory; as a rule, their forces will try to drive off, destroy, or arrest them.

Within the Neutral Zone, the Fenris Rangers seek positive relationships with settlements, local governments, and trading groups where possible. These factions supply the Rangers with information, support, and sometimes resources, without which they would struggle to operate. But they have made many enemies among the pirates or warlords seeking to capitalise upon the lawlessness of the region.