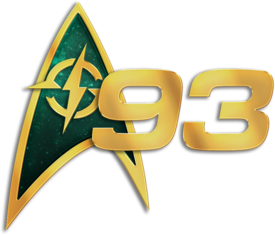 Since the Earth-Romulan War over two hundred years ago, a tenuous peace has existed between the Federation and the Romulan Star Empire, enabled by a century of Romulan self-imposed isolation, a buffer created by the Romulan Neutral Zone, and a mutual enemy in the Dominion. Following the end of the Dominion War, a number of incidents have tested this fragile peace including the Shinzon Incident of 2379, a military buildup by both sides during the early 2380's, and the failure of a joint Romulan-Federation colony on Qualor III in 2386. With mounting tension, Starfleet Command deployed Task Force 93 to safeguard the border and seek improved diplomatic ties with the Empire.

On April 13, 2387, a momentous disaster fundamentally changed the nature of Task Force 93’s role with the Romulan Empire: the Hobus star went hypernova, destroying Romulus, Remus, and much of the Romulan capital system. Starfleet assisted in an evacuation that saved most citizens of the destroyed system, but the event left the Romulan Star Empire in a wounded state. For roughly half a year, Task Force 93 operated within Romulan territory at the behest of the new provisional government, charged with providing aid to the Romulan people and supporting the Romulan Star Navy. This opportunity offered Starfleet an inside look at the Romulan Empire and the prospect of building a greater bridge of friendship with the Empire.

Tensions ran high after the destruction of Romulus. Various factions vied for power in the vacuum, the seat of government moved across the Empire to Rator III, and many colonies along the Federation, Triangle and Klingon borders felt increasingly marginalized, a sentiment bolstered by repeated incursions from raiders, pirates and Klingon task groups taking advantage of an Empire in chaos. In response, the provisional government and the borderlands governors agreed met at the Algorab Summit to address issues and reconcile their differences. This would mark the beginning of the end for the tenuous Romulan-Federation alliance and Task Force 93’s unfettered access to Romulan territory.

Task Force 93 provided security for the Algorab Summit as a non-biased third party; however, on the second day of the summit, its personnel were falsely implicated in the murder of Romulan Senator Vorelian. The death of Vorelian, a man who’d vocally opposed Starfleet’s meddling in the Empire’s affairs, was a unifying moment for the dignitaries: against a common threat, they (1) demanded Starfleet leave their territory, (2) aggressively deployed the Star Navy to their borders to defend against external threats, and (3) increased the power of the ma:Tal Shiar as an internal police force to make up for a void left by the weakened Star Navy.

For the next month, Task Force 93 rushed to pull its assets out of Imperial territories, staging them along the Neutral Zone as rhetoric from the Empire grew increasingly hostile. Ambassador Robert Chadwick, representing the United Federation of Planets, travelled to Nelvana in an attempt to stave off all-out war. After a week of negotiations, he signed the Treaty of Nelvana with his Romulan counterpart, Admiral P'alas. In the treaty, Starfleet acknowledged the Empire’s sovereign right to dictate border transit rights, closing off Federation access to the Romulan Empire and re-affirming the 3 LY-wide Neutral Zone. However, given that the Hobus Incident had destabilized the portal to the Raeyan Sector, the Romulan Empire also made a concession. They ceded a 5 LY-wide region of space along the Klingon border over to the Federation indefinitely, creating the Raeyan Transit Corridor. This corridor allowed the Federation to still reach the Raeyan Sector, although it came at the cost of having to administer a buffer between the Romulan and Klingon empires. Logistically, as several Romulan worlds lay within this region, the Empire was granted a five-year easement to relocate its colonies within the region.

By October 1, 2387, all Task Force 93 assets were officially withdrawn from Romulan space, and its operational focus shifted towards developing the new Raeyan Transit Corridor and reactivating the Raeyan Sector. This mandate put them into tension with the Klingons, who were caught launching incursions into Romulan territory through Federation space, and with the regional powers of the Raeyan Sector, who were suspicious of the Federation's swift return to their space.

In March 2388, the Romulan Empire blockaded Aquorat IV. Starfleet merged Task Force 47, which was handling incident response for the crisis, into Task Force 93, and assigned it operational authority over the dispute. Task Force 93 successfully extracted all personnel from Aquorat IV, and then coordinated a withdrawal from the contested corridor at the behest of Starfleet Command. This left the Cardassians and Romulans mostly unchecked in their territorial dispute over the region.

By the middle of 2388, Task Force 93 was spread thin. In the Gavarian sector, it conducted several operations to stave off all out war between the Cardassians and the Romulans, and in the Raeyan sector, it struggled with a number of territorial disputes. Between the two remote regions, it struggled with the Raeyan Transit Corridor, where Romulan colonists being forced to relocate as part of the Treaty of Nelvana had become resistant, and with the Triangle and Klingon borderlands, where pirates and rogue factions tested the Federation's resolve. The wide range of operations eventually prompted the Task Force to relocate its headquarters to Providence Fleet Yards.

On July 2, 2388, the Gorn Hegemony launched a surprise invasion of the Cestus and Canterra systems. Simultaneously, unknown assailants hit Federation facilities throughout the sector. At Xavier Fleet Yards, in an attack likened to the Japanese attack on Pearl Harbor during World War II, they caught Task Force 86 and the Fifth Fleet unaware, significantly damaging their tactical capabilities and command structure before a response could be mounted. In disarray, the Gorn dug in and secured their new holdings before a counter-assault was possible.

In the aftermath, Starfleet organized a joint incident command under Task Force 93 that came to include elements of the Third, Fourth and Fifth Fleets, the 93rd Marine Expeditionary Unit, the Grey Mist intelligence outfit, and others.

2385 - Admiral Aubry orders all of Task Force 17 redeployed under Task Force 93 to bolster Starfleet’s presence along the Romulan Neutral Zone.

Early 2386 - Romulan government orders the withdrawal of all Romulan citizens from the joint Romulan-Federation colony on Qualor III.

Mid 2386 - Rear Admiral Thrace mends bridges with the Romulan Empire and negotiates an amendment to the Treaty of Algeron which the Romulan Neutral Zone to one light year across.

Early April, 2387 - The USS Yorktown and other Task Force 93 assets are deployed to Romulan space to assist with evacuations related to the destabilizing Hobus star.

April 13, 2387 - The Hobus star goes hypernova, resulting in a shockwave that destroys all stellar mass within 10 light years, including Romulus and Remus. Task Force 93 is deployed to assist with relief efforts.

Late July, 2387 - Increasing dissent from governors disenfranchised by the shift in power prompts the Romulan Senate to approve the Algorab Summit, a platform for addressing concerns and reuniting the Empire. Starfleet is requested to provide unbiased security.

August 16, 2387 - The provisional government and regional governors meet on Algorab to negotiate regarding various issues that have created a fissure between the seat of power on Rator and the borderland systems that feel marginalized.

August 17, 2387 - During the Algorab summit, Starfleet is implicated in the assassination of Romulan Senator Vorelian, uniting the delegates against a common foe, demanding Starfleet’s excision from the Imperial territories and repositioning Star Navy and Tal’Shiar assets.

September 20, 2387 - Ambassador Robert Chadwick and Admiral P’alas sign the Treaty of Nelvana, which re-establishes a 3 LY Neutral Zone and grants the Federation a five LY wide region of space along the southern Romulan border.

October 1, 2387 - All Task Force 93 assets departed Romulan space, redeploying along the Neutral Zone to strengthen Starfleet's border with the Romulan Empire, within the Raeyan Transit Corridor to develop the new territory, and into the Raeyan sector to reinforce its holdings.

March 1, 2388 - Starfleet Command officially pulled out of operations in the Gavarian Corridor and merged Beta Quadrant elements of Task Force 47 into Task Force 93. Starfleet's "Re-Exploration Initiative" is instated in the Beta Quadrant, inspiring a significant increase in Raeyan Sector operations.

July 2, 2388 - The Gorn Hegemony launch a surprise invasion of the Cestus and Canterra systems, while unknown assailants hit Federation facilities throughout the sector. Regional command structures collapse, and Starfleet cannot organize a response before the Gorn secure their holdings.

July 4, 2388 - Starfleet Command assigns incident command for the Canterra crisis to Task Force 93. Ordered to reinforce the new border with the occupied territories and prepare diplomatic and tactical action plans, this command comes to include elements of the Third, Fourth and Fifth Fleets, the 93rd Marine Expeditionary Unit, covert intelligence outfits and others.

November 30, 2388 - Intelligence reports from both USS Southern Cross and USS Tornado-C reach Task Force 93 to late as civil war breaks out in the Northern sector of Klingon space. A new element is created named Sovereignty of Kahless. They successfully capture Captain Demets of the USS Washington, Captain Takato of the USS Tornado-C, Captain Ivanovich of the USS Tyson and successfully captured the crews of USS Tesla and USS Phobos, leaving the ships destroyed behind. The capture of Starfleet personnel has locked Task Force 93 from any rescue action as any diplomatic channel has been ignored by S.o.K. thus far.

December 15, 2388 - Klingon Empire finally admits that their state of affairs is grim and acknowledge the dishonorable action of the Sovereignty of Kahless being the cause of the civil war that has to reach the doorstep of Qo'noS.