"A very great vision is needed, and the man who has it must follow it as the eagle seeks the deepest blue of the sky."
—Crazy Horse, Lakota war chief- Ship's Dedication Plaque

The USS Crazy Horse (NCC-50446) is an Excelsior-class heavy cruiser currently assigned to Task Force 86. Crazy Horse has been under the command of Captain Aoife McKenzie since 2399. Launched on stardate 15722.3 (September 21, 2338) the ship has been mostly relegated to a support role within the Federation. A recent refit in 2395 has extended the life of the Crazy Horse past 2410. The ship is named after famed Lakota war chief Čháŋ Óhaŋ (Crazy Horse). 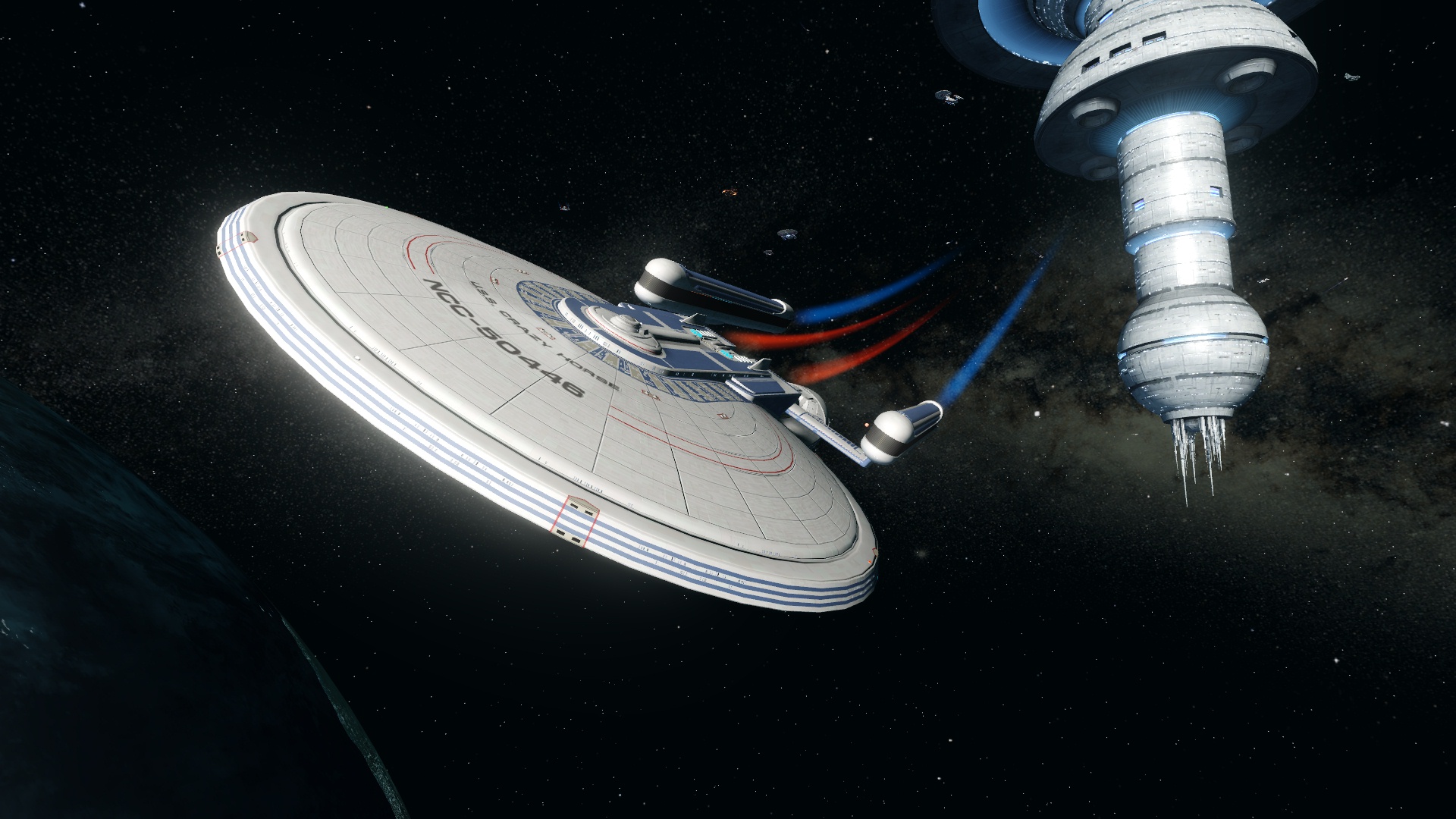